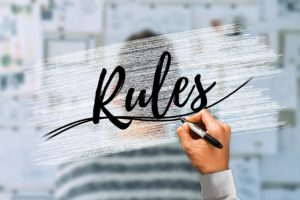 International Film Festival Swallow (henceforth “The Festival”)  is a review competition of films received evaluation by the Selection Committee.

The Festival’s aim is to support cinematographers and to contribute to the development and promotion of film industries and audience involvement in film evaluation.

The Festival is organized by Catharsis Film Company and takes place in cultural centers and cinema clubs. The Festival is held annually, starting in 2021.

The winners receive valuable prizes from sponsors and partners, laurels and diplomas.

We also accept films which have already been released on the Internet. We understand that cinematographers should advance their work.

A request for participation may be sent via the platform filmfreeway.com after paying a fee indicated on the website. The fee depends on the category and the deadline. The fee does not guarantee a work to be included in the official selection and cannot be refunded.

All rights (including music and literature base) must be cleared. The filmmakers are fully responsible for the observance of rights.

The final decision on the inclusion of the film in the Festival competition program is made by the Selection Committee which reserves the right not to explain the reason for the refusal and not to give any comment.

The authors of selected films must send the following information to the e-mail address of the Festival not later than 5 days before the Festival begins:

Films of the competition or any other program may be shown within the Festival no more than 3 (three) times without the written permission of the film owner or his authorized representative.

Films of the competition program are evaluated by the audience came to the film screening. The winners are determined by the method of calculation the votes in each category.

The Festival does not accept films containing information which distribution is prohibited by the legislation, or containing obscene language. Films that have previously been refused a distribution certificate are also not accepted.

Participation in the Festival implies agreement with the Rules and Regulations set out herein.